After a restful night at Shady Rest Campground we caught the 7:30am shuttle from Mammorh into Reds, stopping at Agnue Meadows. The 1,900ft climb to Island Pass (10,200ft) was actually quite nice, and we didn’t get any rain!  The clouds did hide the sun and made for a cooler hike.

The clouds were getting darker, so we went down to Rush Creek and set up camp at 3pm just as it started to sprinkle. 20 mins later it was blue skys and hot. 😣

But the location was nice and rain clouds were on the peaks just east of our camp, so we stayed and just did 11 miles. It is 17 into Tuolumne and we might just arrive a day early. Oh, the rain did finally arrive at 6:30pm and lasted all night. 😞  wet tent…ugh

I feel good, I’m healthier and stronger than I have been in 30 years. There…I just angered the Gods. 😜  I have to watch out for falling trees and lightning now. 😉

It was just “17 miles” to Tuolumne Meadows. We first had to summit Donohue Pass (11,073ft) and then it was 14 miles downhill. It made for a long day, but we pulled into the Tuolumne Store/Restarunt at 4:00pm.

Turtle’s brother, Floyd was supposed to show up Wednesday and secure a campsite for a few days. This being a holiday weekend (4th of July) that was a long shot. It was further complicated by the lack of cell service in this section of the park; how do we hook up??? There were a LOT of people here…

So we hiked to the store and had a late lunch, early dinner (For me, a burger) and we ran into Rocky!  Rocky (Carol) is a semi-Retired physical therapist from Weed, CA.  I haven’t hiked with Rocky for a couple of weeks.  She got her a trail name by falling back near Palm Springs, breaking her nose and having two black eyes. “Rocky Racoon” was shortened to Rocky.

After eating we were following Rocky to the campground and saw Floyd drive by!!! Floyd managed to secure not one, but three campsites for the weekend!!  Not only that, but Mother Goose and Robin were already there. Turtle’s friend with a Camper took one spot, Turtle’s Daughter in an RV took another and the tents dispersed.

We all had dinner around a campfire and I had WAY too much to drink. Floyd produced a bottle of Rum and I had a small flask I’ve carried some since mile 702. I really enjoyed myself knowing I can sleep in Friday. 😄 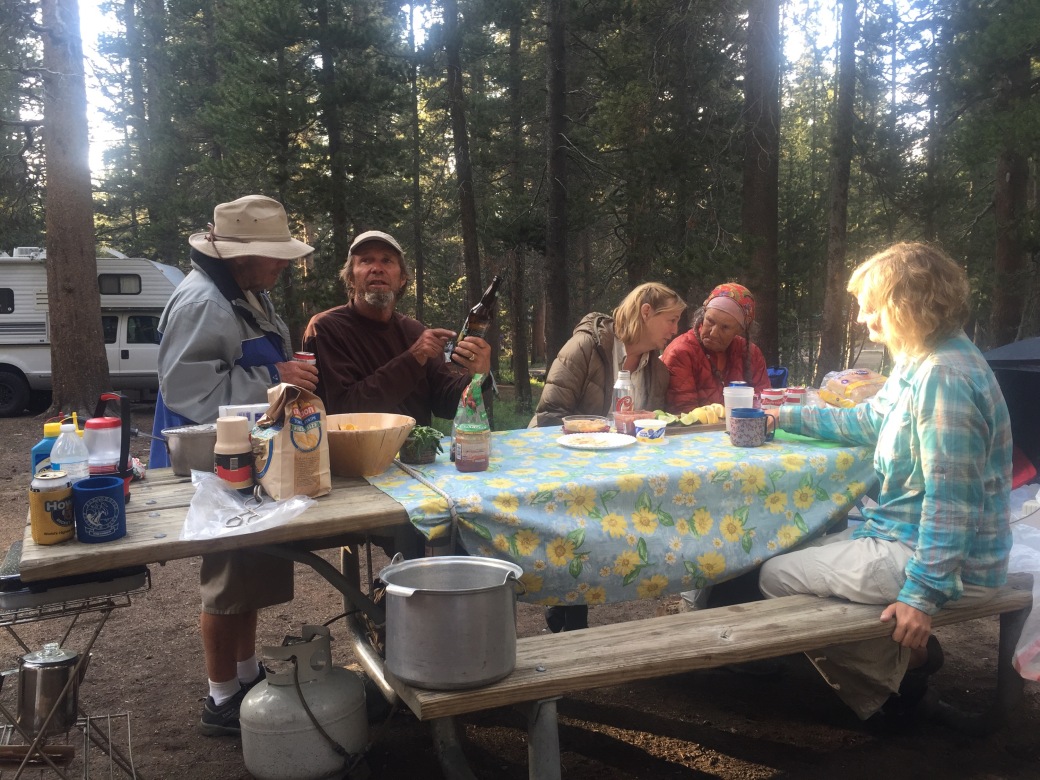 I was supposed to arrive today and some friends said they would drive up and meet me!  So I parked myself at the store at noon so they’d see me. (No cell svc for AT&T)  And find me they did!  I first had some friends stop by who just finished a backpacking trip. Then around 2pm Becky Teburg, her boyfriend and brother stopped by with beer and goodies.  So I dragged them back to the campground where the others were and we had another Birthday Bash. Becky even brought a giant Costco chocolate cake. 🎂

Two birthday days in a row. I was blessed! 😊

Below is a picture of the gang. L-R: me, Turtle, Marilyn, Mother Goose, Professor, Rocky, and Fire Ant.

Becky, Steve and Sam, my friends who made the long drive up to see me. 👍 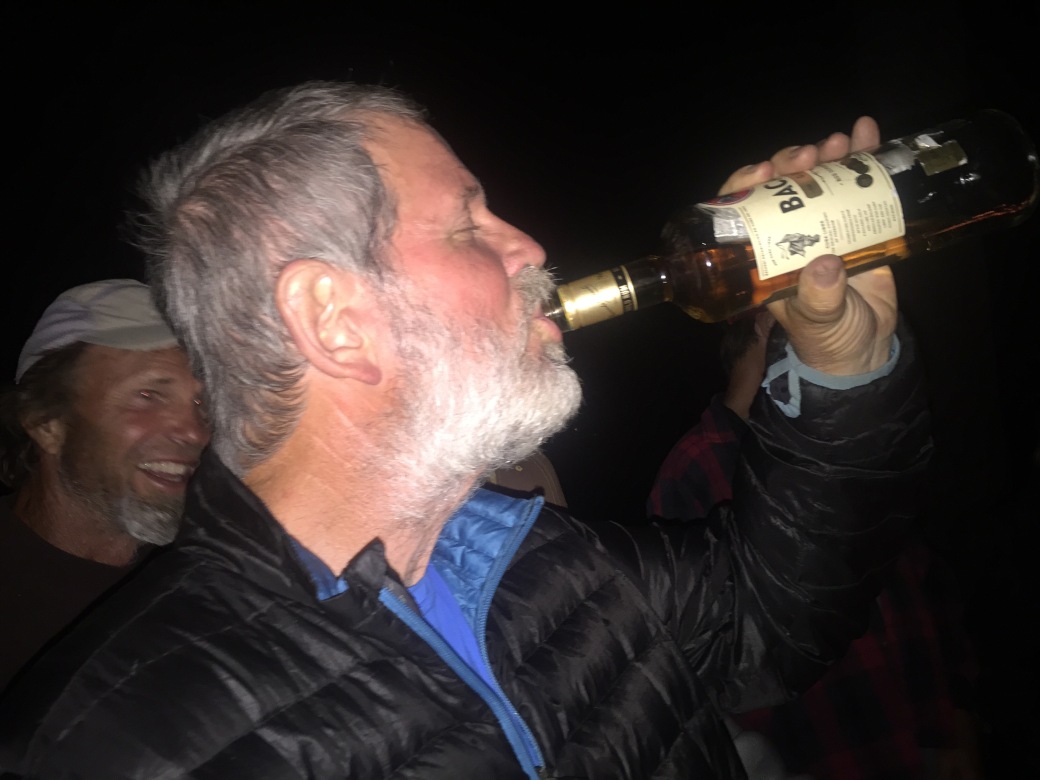